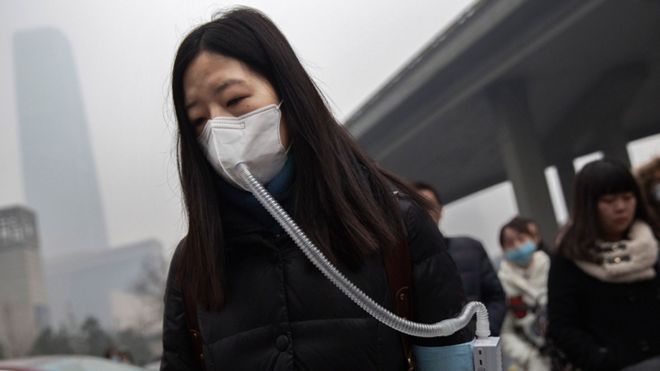 Chronic exposure to air pollution could be linked to cognitive performance, a new study in China suggests.

Researchers believe that the negative impact increases with age, and affects men with less education the worst.

Over four years, the maths and verbal skills of some 20,000 people in China were monitored by the US-Chinese study.

Researchers believe the results have global relevance, with more than 80% of the world’s urban population breathing unsafe levels of air pollution.

However, while establishing a link between pollution and lower test scores, the study did not prove cause and effect.

The study – which includes researchers from Beijing’s Peking University and Yale University in the US – was based on measurements of sulphur dioxide, nitrogen dioxide and particulates smaller than 10 micrometres in diameter where participants lived. It is not clear how much each of these three pollutants is to blame.

Carbon monoxide, ozone and larger particulates were not included in the study.

Described as an invisible killer, air pollution causes an estimated seven million premature deaths a year worldwide, according to the World Health Organization.

“We provide evidence that the effect of air pollution on verbal tests becomes more pronounced as people age, especially for men and the less educated,” the study published on Monday in the Proceedings of the National Academy of Sciences said.

Pollution also increases the risk of degenerative diseases such as Alzheimer’s and other forms of dementia, the study suggests.

“Our sample enables us to examine the impact of air pollution as people age. So our results across the life course are quite new,” one of the co-authors, Xi Chen of the Yale School of Public Health, told the BBC.

In this study, researchers tested people of both sexes aged 10 and above between 2010 and 2014, with 24 standardised maths questions and 34 word-recognition questions. 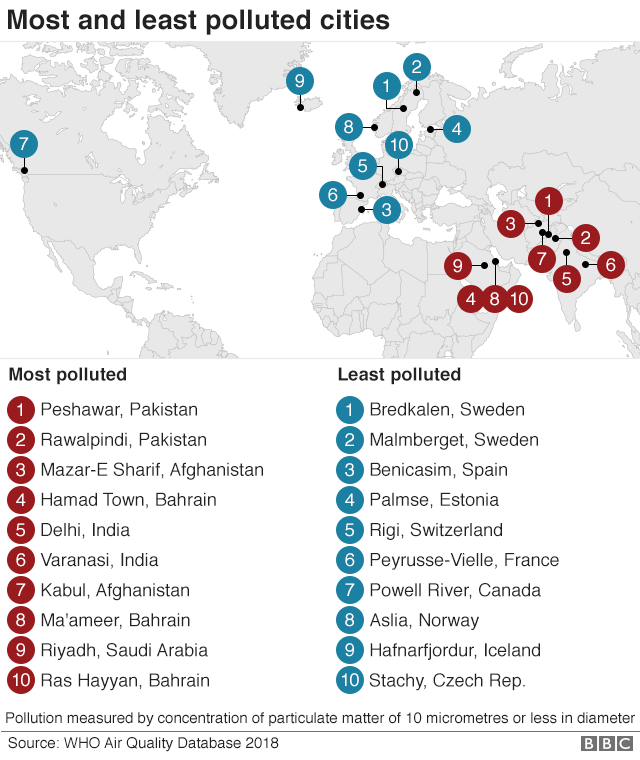 “This latest study matches with previous research,” says Derrick Ho of Hong Kong Polytechnic who has worked on the health effects of extreme weather events like haze.

“What’s new in this paper is the focus on the China scenario and the fact that it’s a very detailed study compared to many other ones,” he told the BBC. “Also the differentiation between gender and age in this detail is new.”

Many pollutants are thought to directly affect brain chemistry in a variety of ways – for instance, particulate matter can carry toxins through small passageways and directly enter the brain.

Some pollutants can also have a psychological impact, increasing the risk of depression.

Air pollution around the world – the stats

One of the reasons the researchers suggest older men with less education were worst affected by chronic exposure to air pollution is because those subjects often work outdoor manual jobs.

“Our findings about the damaging effect of air pollution on cognition,” the study concludes, “particularly on the aging brain, imply that the indirect effect on social welfare could be much larger than previously thought.”

“For older persons (in our study those age 55-65 or 65+) the effects can be very difficult to mitigate given the long term cumulative exposure,” Mr Xi says.

“This is very worrisome as we all know that people often have to make important financial decisions in old age, such as when we should retire, which health insurance plan is better.”

The study suggests that while the research findings are specific to China, it can shed light on other developing countries with severe air pollution.

The authors point to the 98% of cities with more than 100,000 people in low- and middle-income countries that fail to meet WHO air quality guidelines.