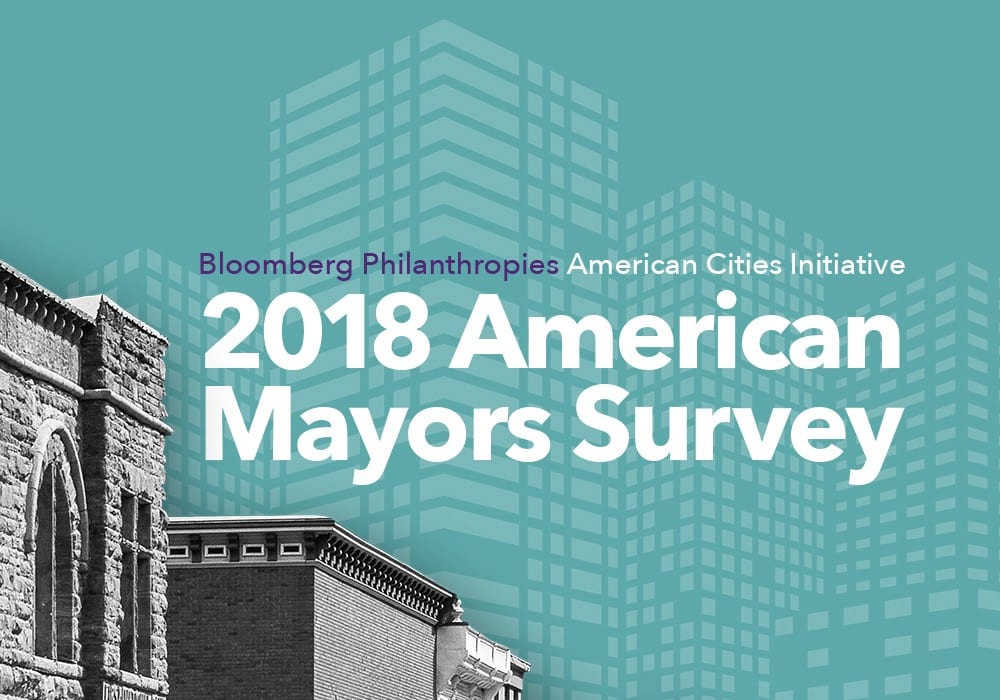 This article was produced by Bloomberg Cities on Medium.com. Read the article in full.

“Political dysfunction and gridlock might be the only common denominators on Capitol Hill these days. But real progress is taking shape beyond the Beltway, where city leaders are surmounting formidable obstacles to tackle some of the biggest challenges facing their residents today.

That’s a resounding message to emerge from Bloomberg Philanthropies’ just-released 2018 American Mayors Survey, which finds that mayors — often hamstrung by diminishing budgets and increased state and federal preemption — are adopting new approaches to municipal government, establishing innovation capacity within city hall, and deeply engaging residents in an effort to, quite simply, move their cities and citizens forward.

The survey results, which include responses from 156 cities and from all regions of the country, provide a snapshot of the ways local leaders are responding to mounting challenges like climate change, infrastructure, and the opioid epidemic. They also deliver important insight into the role innovation plays in U.S. cities — its priority in city halls, municipal governments’ capacity for change, and city leaders’ efforts to engage citizens in that change.”

Read the article in full.